Former Belgium assistant coach Thierry Henry believes that the Belgium national team can win the next World Cup in 2022. He said that the team has been really good at the last World Cup in Russia and that there is no reason why they cannot build on that. 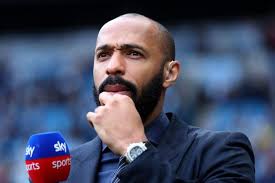 Thierry Henry said that Belgium was really outstanding in the match against Brazil and that this has shown the quality that the players possess. He said that players such as Hazard are among the best in the world at the moment and that there is no reason why the national team cannot challenge for the World Cup.

He believes that the Belgium national team is in the same position as France some years back when they did not have any experience of winning big tournaments. Once they managed to win one in  1998 they played with more confidence and started to believe that they can do it again.

Thierry Henry said that it would be interesting to see how Belgium perform in the next Euros in 2020. He said that this will be a good indication of how the team is developing and whether they have improved on the one at the World Cup in 2018.