David Beckham has supported the much controversial decision of awarding Qatar to host the 2022 edition of the football World Cup and said that it was important for the tournament to be taken to various countries so that young fans find inspiration from them and can take up the sport. The 44-year-old star footballer spoke during his visit to the tiny state of the Gulf to watch the Club World Cup. Liverpool will play against Flamengo of Brazil at the final of the championship. Qatar was obviously controversial to be awarded as the tournament way before in the year 2010. Several allegations have come regarding corruption against the bidding procedure up till now.

Criticisms have also come across by different human rights groups about the ill-treatment of workers from foreign lands at Qatar helping for the building up of the stadia and they have been forced to introduce reform for improving the conditions. Beckham also said that he wished he was still playing the sport after he went for tours to different stadiums where the World Cup has been played or will be played. He also stated that all the players will just feel spoilt over here.
END_OF_DOCUMENT_TOKEN_TO_BE_REPLACED
Uncategorized As a result, the Blue Tigers managed to secure a hard-fought draw against Qatar away from home but Sandhu believes the country should have come up with a victory instead, he told: “I had expected to win against Qatar. I don’t think it was a dream performance… I did my job. It’s just that it came against a big opponent. To be honest, I have played more difficult games. But it is good to remember the Qatar match. It helped the players gain confidence. Quite a few young boys played after a long time and showed their worth against a big team. Now, you have to move on and try to replicate that.”
END_OF_DOCUMENT_TOKEN_TO_BE_REPLACED
Uncategorized 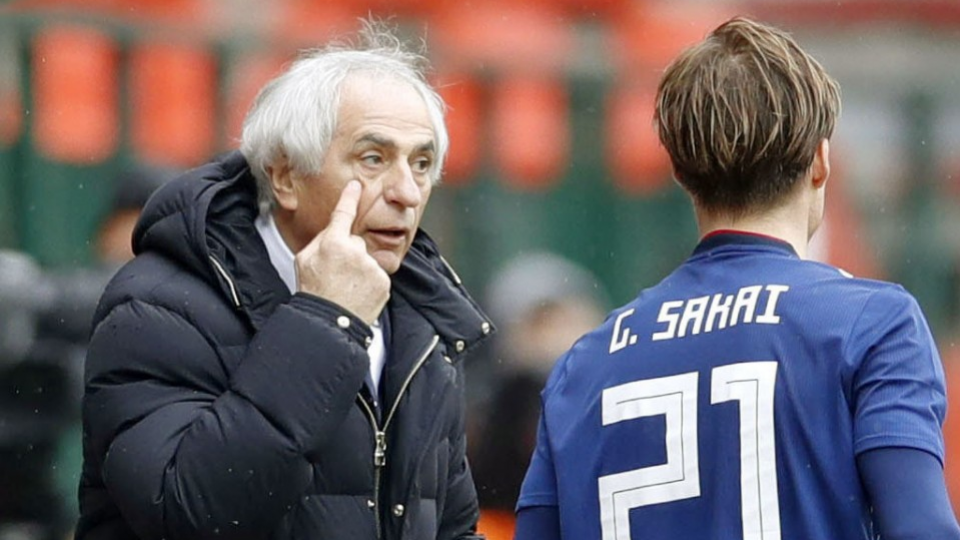 The 67-year-old has claimed that coaching Morocco is a huge responsibility and honour. The primary task for the new manager is to qualify for the World Cup 2022. He has also set a personal target of trying to reach the World Cup 2022 with a fourth different team. Vahid Halilhodzic is no stranger to Morocco after having been in charge of Raja Casablanca, who managed to pick up CAF champions league success in 1997. Morocco witnessed Herve Renard present from his position after the loss to Benin in the Africa Cup of Nations game. Renard’s World Cup were able to reach the World Cup 2018 in Russia but they did not get past the group stages. It also happens to be the first finals achieved by the team since 1998.
END_OF_DOCUMENT_TOKEN_TO_BE_REPLACED

Despite starting the World Cup 2022 qualification campaign with a defeat, India’s coach Igor Stimac claims that there is not a reason to be worried ahead of the match against Qatar on Tuesday. The World Cup 2022 hosts will be taking on India in this game at the Jassim Bin Hamad Stadium. Qatar were able to gain a huge amount of positivity after beating of Afghanistan 6-0 in their own qualification match. The stakes are much higher for India in this game, as the national team’s away form has not been great.

The team can take a lot of positives from the defeat against Oman considering that it came late in the game. There were large periods in the match when India could have easily scored the second goal and killed the encounter. Now, however, the team morale will be on a low after the defeat and there is a greater necessity to win the game. Qatar and Bangladesh are the next two opponents for India before they take on Afghanistan in November.Stimac has claimed that India can expect at least 4 to 5 changes in order to retain the freshness within the squad. He also criticised the overdependence on Sunil Chhetri for the goals. Meanwhile, many of the players from the Indian squad have spoken about the high levels of motivation still available for the team.
END_OF_DOCUMENT_TOKEN_TO_BE_REPLACED
Uncategorized

Manchester United assistant coach Mike Phelan has urged Paul Pogba to stay committed for the Red Devils amid the ongoing speculation linking him with a move to Real Madrid. The World Cup winner has been with the Red Devils for the past two-and-a-half seasons, but his performances have been mixed with flashes of brilliance every now and then.

In a report covered by Goal.com, Phelan said that Pogba is not the finished article and he has plenty of work to do in terms of achieving success at the club level with United, he told: “Paul is not the finished deal even though everyone looks at him and sees a World Cup winner already. But there is still a lot more to come — and that is the exciting bit about Manchester United. There are players here who haven’t achieved for the club what they need to achieve. And we want to make sure that they relish that experience, embrace the opportunity to win things at United.”
END_OF_DOCUMENT_TOKEN_TO_BE_REPLACED