Argentina international Lucas Biglia believes the national side looks pretty ‘ordinary’ without the services of Lionel Messi. However, the midfielder admits that his compatriots should learn how to get the best out of the Barcelona star without wearing him out. 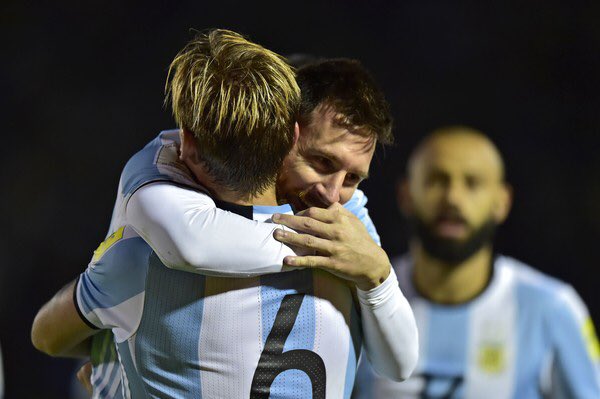 The 2014 World Cup finalists found themselves with a realistic chance of missing out on the World Cup finals altogether, but Messi came up with a standout performance right at the end as he scored a hat-trick in a 3-1 win at Ecuador in the final qualifying game.

Speaking to Fox Sports Argentina, Biglia has said that the nation are depending hugely on the showing of Messi, and the team should learn to utilise him better by involving him in their gameplay than wearing him out, he said: “We got accustomed to throwing a big weight on Messi’s shoulders, all the responsibility on him. We depend a lot on Messi and that is not good. We need to learn to use him and not wear him out.”

Meanwhile, the AC Milan midfielder has still admitted that the South American do look ‘ordinary’ without the presence of Messi in their setup, and his availability enhances their chances of lifting the 2018 World Cup in Russia.

He added: “We always want to give him the ball and for him to sort things out. If we learn to use Lionel well, with him we are going to be strong, we can be candidates [for the World Cup]. Without him, we are an ordinary national team.”

Argentina have been paired in a tricky group which also involves the likes of Croatia, Iceland and Nigeria, and the latter happened to beat them 4-2 in an international friendly last November, though Messi was not part of the La Seleccion. Argentina open their World Cup campaign versus Iceland on June 16 at the Otkrytiye Arena in Moscow.