World soccer governing body FIFA and the French Football Federation (FFF) have signed an agreement aimed at developing the game in francophone African nations, as per reports. The pact is expected to contribute to the FIFA Forward program in terms of technical support. 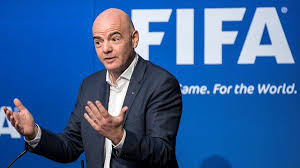 FIFA chief Gianni Infantino is excited at another first for FIFA, hoping other nations follow suit. He is content with the work of the FFF at developing other member nations. Infantino reminded others that this is in line with the essence of FIFA in the past: offering global support.

Since the FIFA World Cup started, only three African teams Cameroon, Senegal and Ghana have reached the Last Eight. It is a general belief that Africa has enormous talent in football and can do way more.

The agreement is believed would help in supporting the growth of African football. Despite the French colonial system falling apart decades back, the strong ties remain obvious. The collaboration agreement is expected to strengthen the France’s ties with francophone nations while helping football develop generally.

From 1990 to 2002, Senegal and Cameroon did decently in world football but they have fallen way off the mark of recent. A lot of players of African descent prefer to play for countries they emigrated to or tap into their mixed heritage. If their national teams were doing very well, then they would naturally think their decisions for much longer.

The French side that won the 2018 FIFA World Cup in Russia had at least 14 players with African roots. Samuel Umtiti for one was actually born in Cameroon but would most likely chose France over playing for the African side. Others like Manchester United star Paul Pogba has his heritage from Guinea; Paris St Germain star Kylian Mbappe has Cameroon paternal links as well.

FIFA is hoping to improve development funding for Africa, while hoping more partnerships and agreements as this can help strengthen the game in Africa as a whole.